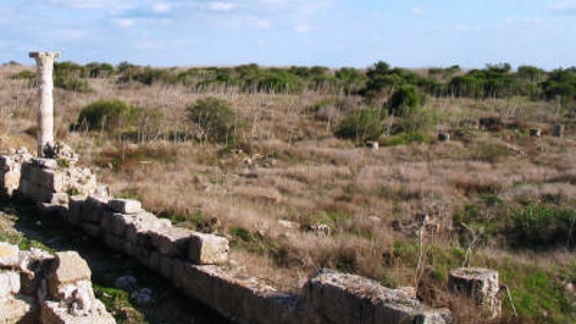 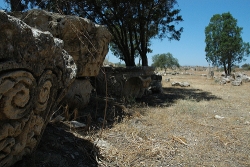 Very close to the Epiphanios basilica is the cathedral-like cistern that provided water for the entire city. The water was transported through an aquaduct that was 45 miles long from a spring in the Kyrenia mountain range. Of the aquaduct, little is left apart from a few pillars and some arches that can be found on the central Mesaoria plain. The water cistern was contained by buttresses on both sides, one side solid stone work  the other side water filled and the roof was supported by thirty six pillars.

To the south of the Vouta is the long and impressive Agora, the market place that was common to all Roman cities. It was in the agora that all household provender was sold, there were meeting rooms, entertainment, public fountains and food emporiums. Even fast food outlets, for the Romans were pioneers in take-away cuisine.

At the far end of the Agora is a temple that was dedicated to Zeus, probably constructed in the 1st Century AD on the site of an earlier Hellenistic place of worship, though there is no conclusive evidence as excavations have not continued since 1974