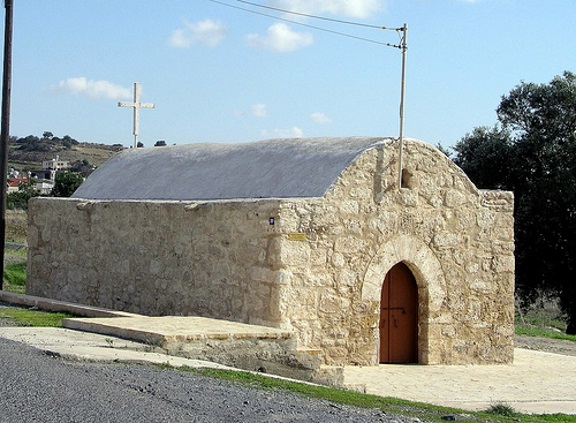 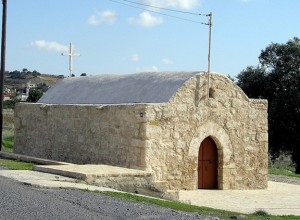 The village of Korucam can to be found nestling in a valley towards the north of Guzelyurt Bay between the villages of Camlibel and Sadrazamkoy. It was called Kormakiti before partition and many people still refer to it by that name. It is the only remaining Maronite village in North Cyprus and most of the residents make a living from farming. The other Maronite settlements are now in the south of the island and are centred round Nicosia and Limassol.
Korucam remains the most important of all the Maronite villages that developed from the time of the first Maronite settlers who came during the 7th C AD, and although there are nothing like as many residents as there were before the division of the island, on Sunday the village comes alive when many Maronites now living in the south come across the border to attend mass in the large church of St. George.
The huge church is the centre piece of the village and dominates the square, nearby is the original 15th C church, also dedicated to St. George with an attached convent that has a small community of nuns, who maintain the churches and care for the resident village priest. The new church was built during the 1940s to accommodate the increasing Maronite population throughout the nearby villages and although many of those villages were abandoned in 1974, Sunday remains a very busy day. There is a small market in the village square and the restaurants do a good trade. It is a day that gives an indication of how bustling village life was before so many of the Maronite population moved south.
The Maronite people were not forced out when the island divided, hence many of them staying on to continue the way of life they had enjoyed for many centuries. However for the young the future looked bleak and there were more job opportunities and better education to be found in the south. Also the language of the Maronites is now basically Greek and communications were easier among the Greek Cypriots than among the Turkish Cypriots. The Maronites have for hundreds of years spoken their own form of Cypriot-Arabic-Syriac and it is used in the liturgy of their church.
On the outskirts of the village there is a tiny church that is dedicated to the Blessed Virgin Mary. It has recently been fully restored and is always decorated with flowers. It makes an excellent stop for a few quiet contemplative minutes.
The Maronite faith comes from the followers of St. Maron who was a Syrian recluse of the 4th – 5th C AD and St. John Maron from the 7th C AD, and for many centuries they were considered heretics. There was no recognised affiliation with the Catholic Church of Rome until the 16th C after which time the Pope was considered their spiritual leader. However, as the Maronites are still a major religious force in Lebanon, they also accept the leadership of the Patriarch of Antioch.
Approaching the village either from Camlibel or Sadrazamkoy, there is now a bypass that diverts traffic away from the centre as the narrow streets were never designed to take a rush of cars and most transport in this village is by tractor! A drive into the village is recommended because it is very quiet on any day except Sunday, and there is a lot of restoration being done on the old village houses. Korucam is starting to look prosperous again and it is well worth a visit.