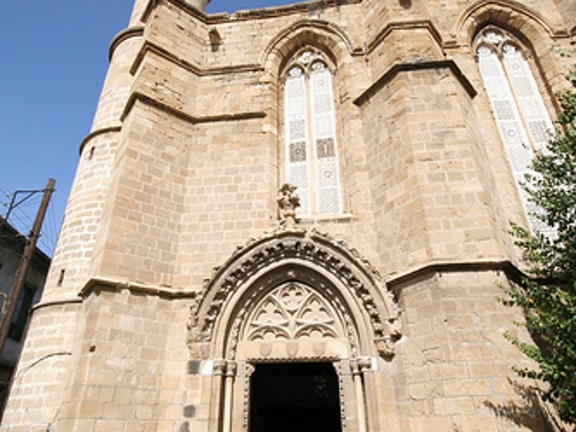 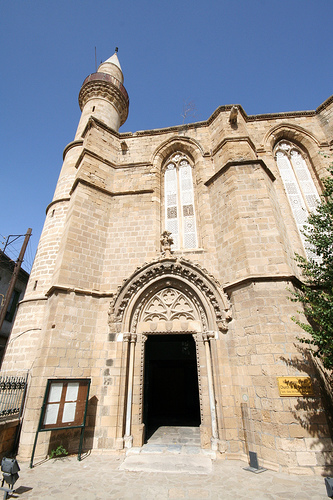 This 14th Century church built during the Lusignan period is, after the Selimiye mosque, the most impressive and beautiful piece of Gothic architecture left standing in Nicosia. It is a single aisle structure, elegantly understated in the simplicity of its design, with tall and slender lancet windows that would once have been filled with stained glass pictures, though now replaced with plaster filigree work. There are some fascinating gargoyles and the door arches are delicately carved with floral motifs.

Across the church courtyard is the house in which Lord Kitchener lived when he conducted the Ordnance survey of Cyprus for the British Government at the end of the 19th Century.