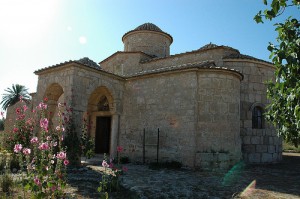 The route to the monastery church of the Panayia Kanakaria is easy. From the main road after Kumyali look for the signs and following the directions to Ziyamet, Gelincik and Kaleburnu. After about two miles the church complex is on the left. The main building is from the 6th century and there was once a beautiful mosaic of the Blessed Virgin and Christ child, flanked by the Archangels Michael and Gabriel, in the apse. Slowly over the years pieces of the tesserae were removed as it was believed they possessed miraculous powers to cure skin diseases. In the 20th century a large piece of stolen mosaic was found when an attempt was made to sell it on the open market. It was repatriated and is now in the Byzantine Museum in South Nicosia.

The ancillary buildings that would have been used as workshops, storehouses, and quarters for the monks have undergone recent restoration but are not usually open to the public, in fact overall, opening hours tend to be somewhat sporadic. However it is well worth the detour open or not. 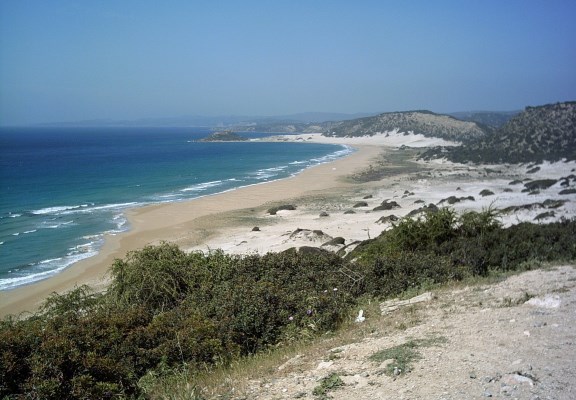