Independence to the Present Day

Independence to the Present Day

If it is possible to put aside the volumes of propaganda that have been written about what is now known generally as “The Cyprus Problem”, and look at the situation from an historical viewpoint rather than an hysterical one, it is clear that the current isolation of North Cyprus is manifestly unfair. However it is difficult to separate fact from fabrication, especially when it is mixed with the half truths spread to a huge audience via television and newspaper reporting.

Factually, from the time independence was granted to the island in 1960, with Archbishop Makarios, head of the Church of Cyprus, as President and the Turkish Cypriot Dr. Fazil Kucuk as vice-President, every effort was made to exclude the Turkish Cypriot community from all aspects of island government. The vice-President was theoretically empowered with the right to veto any policy that he thought detrimental to the Turkish Cypriots, though in reality this right of veto was not permitted, as government decisions were controlled by the Greek majority.

The civil service and government was made up of seventy percent Greeks to thirty percent Turkish, an imbalance that could never be equitable. Within the armed forces and police the split was sixty percent Greeks to forty percent Turkish. Gradually but inexorably the rights of the Turkish Cypriot minority were eroded and towards the end of 1963, George Grivas reactivated his campaign for Enosis, heavily criticising Makarios and his government, and provoking the EOKA rebels into an act of brutality that was the first step towards what would become total partition of the island ten years later.

Just before Christmas in 1963, (the most Holy festival in the Christian calendar) armed EOKA rebels raided the Turkish Cypriot district of Omorphita in Nicosia and opened fire on the inhabitants. It mattered not to them the age or sex, they gunned down the elderly; children; men and women indiscriminately. They killed, captured and tortured anyone who could not escape and it was from this time that the Turkish Cypriots started to live in enclaves in an attempt to protect themselves.

The British set up a buffer zone across the city, the green line, in an attempt to keep the two sides apart. It was largely unsuccessful, and in March 1964 the UN took over with no improved result.

Makarios renounced the conditions of the London Accord which had provided for the Guarantor powers of Greece, Turkey and Great Britain the equal right to “intervene” should they ever have cause to think their own people were being ill-treated. In renouncing the conditions Makarios made it clear he wanted total self-rule for the Greek Cypriots which would ultimately end in Enosis.

Over the next decade, the Greeks continued in their attempts to crush the Turkish Cypriot spirit, and physically exterminate them in any way possible. If they couldn’t find a way to kill them, they blockaded access to Turkish enclaves in an attempt to starve them to death.

The ongoing armed conflict eventually impelled Turkey to threaten reprisals from its armed forces. However the military coup in Greece stalled the Turkish action and suddenly the Greek Cypriots did not find the lure of Enosis quite so attractive.

In the relative peace that followed, Cyprus enjoyed a boom in the holiday industry and the economy began to prosper with the development of hotels and seaside resorts.

George Grivas returned to Cyprus in 1974, intending to lead  the armed forces into a  take over of the island but he died of a heart attack before he could complete his mission. Makarios renounced Enosis and was re-elected as President. The National Guard stormed the Presidential Palace in Nicosia and Makarios escaped from the military coup that had been supported by the junta in Greece.

In order to prevent further bloodshed, Turkey exercised her right to “intervene” and landed in great force on the island on 20th July 1974. The fighting was swift and sure, with the Turkish army taking over one third of the island. In the diaspora that followed approximately 150,000 Greek Cypriots moved from their homes in the north and into villages in the south, while 50,000 Turkish Cypriots were required to vacate their properties in the south and move into the north. Refugees were made from both endemic peoples, not just one.

From 1974 the northern sector was controlled by the government of Turkey, until 1983 when the Turkish Republic of Northern Cyprus was founded. It is a country that is barely recognised. It is isolated and it is embargoed by the entire European Community. This isolation has resulted in minimal tourism (a negative that in many ways proves a positive because North Cyprus has remained less developed and therefore more scenically beautiful), there is virtually no outlet for agricultural surplus unless it is processed through Turkey, and there are no truly direct flights because international pressure will not permit them. North Cyprus remains as cut off from the rest of Europe as the Turkish Cypriot enclaves were isolated and blockaded from 1964 to 1974.

Cyprus became a full member of the EU in 2004 but was not acceptable as an island of halves! Enormous steps were taken to make reunification a distinct possibility and twin referenda were held for the Cypriots on both sides to vote on a plan that was designed to solve an impossible situation. The plan contained considerable life changing compromises that would have to be made by both sides and ultimately the greater losers would have been the Turkish Cypriots. Despite the then President of the TRNC being opposed to the plan, the Turkish Cypriots voted overwhelmingly in favour. The Greek Cypriots did not.

The island remains divided, South Cyprus is in the EU, the currency there is the Euro, in the North it is still the Turkish Lira.

In 2008 South Cyprus elected a new President who is currently working with the President of North Cyprus on ways to solve “The Cyprus Problem”. It is to be hoped that they achieve their goal, and soon both Turkish and Greek Cypriots will live in harmony on this beautiful island. 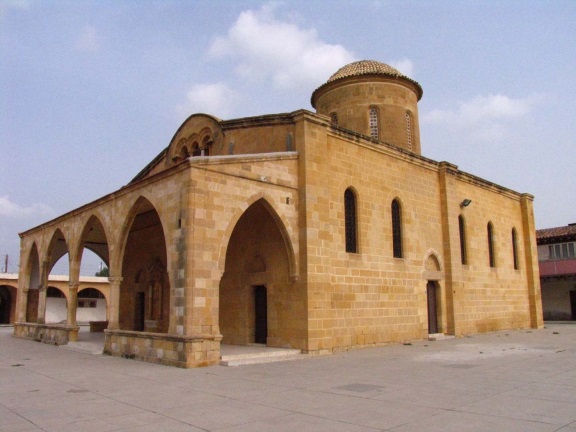