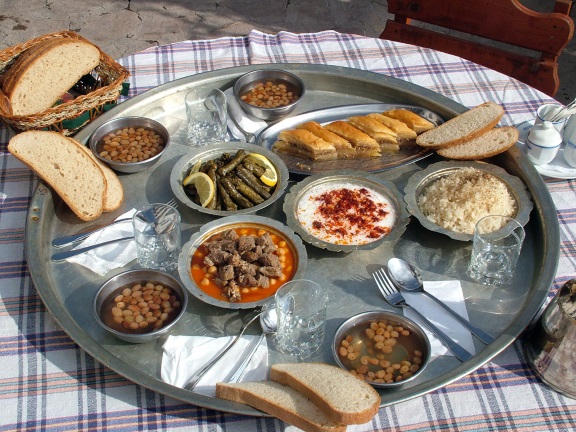 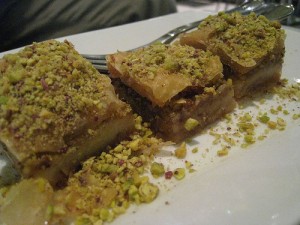 The cuisine of Cyprus has much in common with many countries of the Mediterranean with influences from most of them. Much of the food that is produced on the island is the same as that of mainland Turkey, Greece and Lebanon. Different names for the dishes may well be used but the contents will be the same.

Among the best and tastiest dishes in Cypriot cooking are the following:-

Main courses may well be any of these:

Yoghurt – One of the biggest misconceptions throughout most of the world is that Yoghurt was a Greek invention. However as it has been eaten in one form or another for over 4,000 years its true origin has been lost in the mists of time. The use of Yoghurt is written about in medieval Turkish texts and the word is definitely Turkish. The most mouth watering example is Suzme, which is yoghurt that has been strained to remove all the water content and can be used instead of cream. It makes a perfect breakfast dish, especially if drizzled with honey or sprinkled with a light coating of icing sugar. Yoghurt has always been known as excellent for the digestion and can be an effective cure for all kinds of stomach upsets.