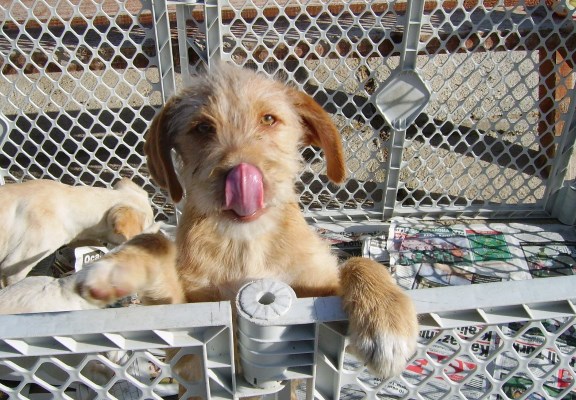 There are several high profile charities in North Cyprus, the most prominent being The North Cyprus Cancer Charity Trust; The SOS Children’s Home, and The Kyrenia Animal Rescue. There are many others, no less deserving of mention and all of them rely entirely on the generosity of the local people whether they are expatriates or Cypriots.

I have chosen to write about The K.A.R. because it is the charity with which I have been involved for a number of years, and have been on the sidelines watching it grow rapidly over the last decade.

The first K.A.R. centre was on a plot of land in Karaoglanoglu that is now covered by the sprawl of G.A.U. It was a compound surrounded by a breeze block wall, there were recycled palettes for the dogs to lie on and when the rains came makeshift kennels were constructed from old boxes with polythene draped across the top to keep the worst of the weather at bay. The inhabitants at that time numbered no more than a dozen includ 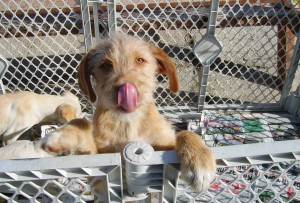 ing a bitch with puppies. However it was not long before word got round that there were caring people who would look after strays and take responsibility for those dogs that were deemed no longer desirable or useful, and were generally the victims of their owners’ callous neglect.

The Karaoglanoglu compound was just not sufficient anymore. There was too much noise from barking dogs and the residents in nearby houses complained. Something needed to be done to find a site out of town that would suit the dogs and cause least disturbance to the population. Negotiations with the Forestry Commission to find somewhere suitable came up with a plot of land high in the hillside above Arapkoy, adjacent to the Besparmak Mountain. In a valley setting, with an existing, albeit incomplete house, the new K.A.R. rescue centre began its construction.

When the site opened in 1999, there was a purpose built kennel block and four runs for the dogs to exercise in. The runs were lettered, A, B, C and D but as the number of dogs increased runs C and D were divided to make another two runs, now in 2010 they have reached the letter Q making 19 runs and space is still needed for more.

There are currently over 200 dogs and 60 cats at the rescue centre. The cats live like lords in a specially built cattery that was made possible by the very generous bequest of Jean Jibson. Throughout her time in North Cyprus she was a staunch support the KAR and all the beneficial work it carries out for the sick and suffering animals that are in their care.

The work never stops and the number of animals needing treatment is ever on the increase. Without the selfless dedication of a large team that is made up of mostly volunteers, the K.A.R. could never care for, and treat the huge number of animals that come to them every year. Handymen, carpenters, plumbers etc. give much of their free time every week to carry out running repairs on kennels, fences, fixing broken doors, walls, and leaking pipes. Wash down the kennels and the pens, groom and trim the long-haired dogs and hand out a lot of TLC to animals that have been abandoned and neglected through no fault of their own, but simply because they have become a nuisance or an unaffordable burden.

There are the “cat catchers” who have the sometimes unenviable job of trapping feral cats in all kinds of locations and then getting them to the vet for spaying and neutering. They are frequently to be seen loitering with intent in the grounds of hotels and holiday villages as they stalk their next patient. They do a wonderful job, risking life, limb and spitting savagery as they gently coax a recalcitrant female into the crush box and whisk her away for her own good. Here is a frightening statistic: Realistically, one female cat can have 18 kittens in her first year, and in five years, if all her offspring procreate, she may well have 20,000 descendants!

The “neuter, tag and return” policy is not unique to North Cyprus it is carried out in other countries of Europe and is a general success. Once a dog has been neutered and no longer a breeding liability it is far more likely to be given a home in the local community. Many a “tagged dog” has been adopted because the new owners know that there is no risk of unwanted puppies coming along, and even if the animal does not find a permanent home many of them end up on the periphery of restaurants were the food is good and they become a part of the landscape. The red ear tags signify that they have been neutered and they are treated with less disdain than mere scavengers. They are also de-ticked, wormed and checked on a regular basis. 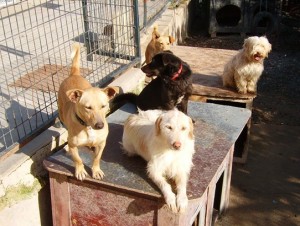 When an animal is abandoned because the original owner can no longer afford its upkeep the feeding bill falls on the stretched financial resources of the K.A.R. and in order to continue catering for the welfare of the animals that need to be treated and cared for, a large number of money raising activities are held every year. These vary from Bingo and Quiz nights, always tremendously popular with K.A.R. supporters. The participants have great fun and the dogs and cats are grateful! There are fashion shows, bazaars, coffee mornings, flower walks and the K.A.R. shop. To be found on the Junction between the Fire Station and the Kyrenia Tavern, this was one of the first charity shops to be started in Kyrenia and from the moment it opened it has proved an enormous success providing a very substantial portion of the K.A.R. budget. It is hugely popular with the local Cypriots who love to get their hands on a bargain piece of ‘haute couture’ at a knock down price. It sells everything that is donated, whether it is books, DVDs, bric-a-brac, clothing, shoes, household appliances etc. Nothing is turned down and if it is winter or summer clothing it is stored until the right season, or very special pieces may be stored for the Christmas bazaar. There is no doubt that just about every item that finds its way to the K.A.R. shop will sooner or later find a new home!

The Dog Show, usually held in April, started small a few years ago and was looked on by dog owning Cypriots as a bit of an oddity. They had never seen such an entertainment before and it took a little while and a lot of encouragement to get them to bring their dogs along and enjoy showing off to the crowd. They very soon fell for the idea and now proudly display their pets and enjoy the competition to carry home a much coveted prize.

Now held on the Open Market ground, the dog show has two covered rings to cater for both pedigree and novelty classes and the pedigree classes have the distinction of being judged by a UK Kennel Club judge. Over the years the dog show support has grown beyond expectations and long may it and its competitors continue to show off the very best of dog care in North Cyprus. 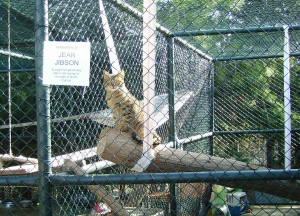 There is a new programme for education in schools where children can be given information and advice on basic animal care. It is hoped that this will develop an attitude towards animals that is devoid of fear and superstition and that it will create a new generation of responsible animal lovers among the local community.

The aims of the K.A.R. are clearly stated on their website www.kyreniaanimalrescue.org and go into more detail of ways in which people can help even if they do not have time to be a ‘hands on’ volunteer. Life Membership is given to those who donate £50. This permits the member to view the society end of year accounts. They will be circulated with copies of AGM minutes and will be allowed to vote. Becoming a Friend of K.A.R. with an annual donation of £25 helps towards the care and welfare of the animals. Sponsorship of a dog or cat at £10 per month brings in revenue that is invaluable in the financing of a feeding programme that in some cases will be ongoing. There are a number of animals that for one reason or another will never be re-homed, it is K.A.R. policy to never kill a healthy animal and it is a policy that is expensive to maintain. Becoming a volunteer means joining an increasing group of like-minded people who will do anything required of them to help the animals.

Further information is available on the website or email kar@kyreniaanimalrescue.org or by telephone:  (009) 0533 8694098